WASHINGTON — The United States provided intelligence that helped Ukrainian forces locate and strike the flagship of Russia’s Black Sea fleet last month, another sign that the administration is easing its self-imposed limitations on how far it will go in helping Ukraine fight Russia, US officials said.

The targeting help, which contributed to the eventual sinking of the flagship, the Moskva, is part of a continuing classified effort by the Biden administration to provide real-time battlefield intelligence to Ukraine. That intelligence also includes sharing anticipated Russian troop movements, gleaned from a recent American assessment of Moscow’s battle plan for the fighting in the Donbas region of eastern Ukraine, the officials said.

The administration has sought to keep much of the battlefield and maritime intelligence, it is sharing with the Ukrainians secret out of fear it will be seen as an escalation and provoke President Vladimir V. Putin of Russia into a wider war. But in recent weeks, the United States has sped heavier weapons to Ukraine and requested an extraordinary $33 billion in additional military, economic and humanitarian aid from Congress, demonstrating how quickly American restraints on support for Ukraine are shifting.

Two senior American officials said that Ukraine already had obtained the Moskva’s targeting data on its own, and that the United States provided only confirmation. But other officials said the American intelligence was crucial to Ukraine’s sinking of the ship.

The US intelligence help to strike the Moskva was reported earlier by NBC News.

On April 13, Ukrainian forces on the ground fired two Neptune missiles, striking the Moskva and igniting a fire that eventually led to the sinking of the warship. Attention has also focused on whether the aging ship’s radar systems were working properly. Ukrainian and US officials said the Moskva was possibly distracted by Ukraine’s deploying of a Turkish-made Bayraktar drone nearby.

Immediately after the strike, Biden administration officials were scrupulously silent, declining to confirm even that the Moskva had been struck. But in recent days, American officials confirmed that targeting data from American intelligence sources was provided to Ukraine in the hours before the Neptune missiles were launched.

The officials declined to elaborate on what specific information was passed along, but one official said the information went beyond simply a report on the ship’s location in the Black Sea, 65 nautical miles south of Odessa.

The sinking of the ship was a major blow to Russia and the most significant loss for any navy in 40 years.

Russia has denied Ukrainian missiles played any role in the Moskva’s demise, claiming instead that an onboard fire caused a explosion munitions that doomed the ship. Independent Russian news outlets based outside the country have reported that about 40 men died and an additional 100 were injured when the warship was damaged and sank.

Biden administration officials have declined to publicly confirm that American intelligence provided the targeting information that allowed Ukraine to hit the Moskva.

The Pentagon press secretary, John F. Kirby, asked about a report in The Times of London that a Navy P-8 spy plane from Sigonella air base in Italy was tracking the Moskva before it was hit by Ukraine, spoke of air policing missions in the Black Sea as part of a carefully worded response: “There was no provision of targeting information by any United States Navy P-8 flying in these air policing missions,” he said.

After this article was published, Mr. Kirby added in a statement, “The Ukrainians have their own intelligence capabilities to track and target Russian naval vessels, as they did in this case.”

American officials have publicly acknowledged that actionable intelligence was provided to the Ukrainians in the run-up to Russia’s invasion on Feb. 24, and that the practice has continued in the weeks since. But these officials have shied away from confirming American involvement in Ukrainian operations that have resulted in the deaths of Russian soldiers.

The US assessment of Russia’s war plan for the Donbas region allowed a senior Pentagon official to say last week that Russia appeared to be “several days behind” schedule in its offensive there because of stiff Ukrainian resistance and continuing supply line problems.

Russian forces can always deviate from their plans, but American officials said the intelligence allows Ukrainian forces to avoid attack in some locations and position themselves to strike Russians in others.

Although the administration remains wary of provoking Mr. Putin to the point that he further escalates his attacks — President Biden has said he will not send American troops to Ukraine or establish a “no-fly zone” there — current and former officials said the administration found some value in warning Russia that Ukraine had the weight of the United States and NATO behind it.

Officials said Moscow had its own calculations to weigh, including whether it could handle a bigger war, particularly one that would allow NATO to invoke its mutual defense charter or enter the war more directly.

The New York Times reported on Wednesday that American intelligence about Russian movements provided to Ukraine has allowed Kyiv to target and kill a number of Russian generals. On Thursday, Mr. Kirby, the Pentagon, spokesman acknowledged intelligence sharing with the Ukrainians but provided a few details.

Victory Day concerns. There are growing fears among Western officials that Mr. Putin may use the Russian holiday on May 9, which commemorates the Soviet Union’s triumph over Nazi Germany, to turn what he calls a “special military operation” in Ukraine into explicit, all-out war.

In an interview on Thursday with CNN, Representative Adam B. Schiff, the California Democrat who leads the House Intelligence Committee, said the Biden administration had been loath to discuss intelligence sharing for fear of saying anything “that will escalate the conflict.”

“We are providing real-time intelligence to Ukraine to help it defend itself,” Mr. Schiff said. “I don’t think the administration wants to go into specifics about just what kind of what circumstances, but we want to make sure that Ukraine is successful.”

For decades, the Moskva, a potent embodiment of Russian naval power in the Black Sea, bristled with missiles and loomed ominously on the horizon, inspiring awe in those who saw it.

But American Navy officials who toured Russian cruisers when there was US-Russian military cooperation in the late 1990s and early 2000s said the Moskva had problems. There was little visible damage control equipment aboard the warship for quickly putting out shipboard fires.

The officials said they could not see fire extinguishers or fire hoses in passageways throughout the ships. On American ships, such equipment is stored close at hand to allow the crew to rapidly extinguish fires, which is critical at sea.

Russian media reports have said a fire onboard igned an ammunition magazine, seriously damaging the Moskva. American officials say the Neptune missiles most likely caused the fire, which the crew could not contain before the aging vessel ultimately sank while being towed to port.

“The Russian military had long debated whether to retire the Moskva,” said Michael Kofman, the director of Russia studies at CNA, a research institute in Arlington County, Va. “It was an aging Soviet cruiser in dire need of modernization.”

But with a shortage of cruisers and destroyers, Moscow ultimately decide to extend its service. It was the Moskva’s guns, in fact, that fired on Ukraine’s Snake Island in the first days of the war. 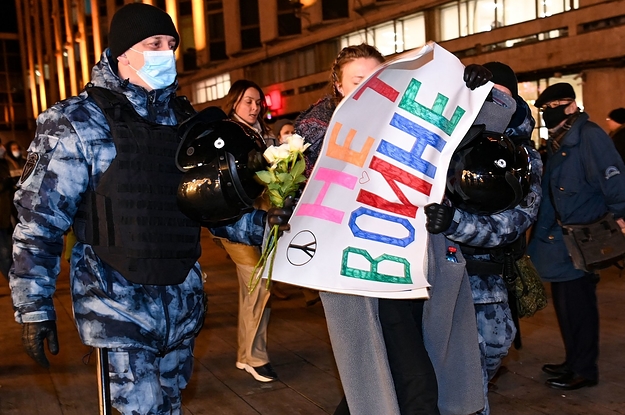 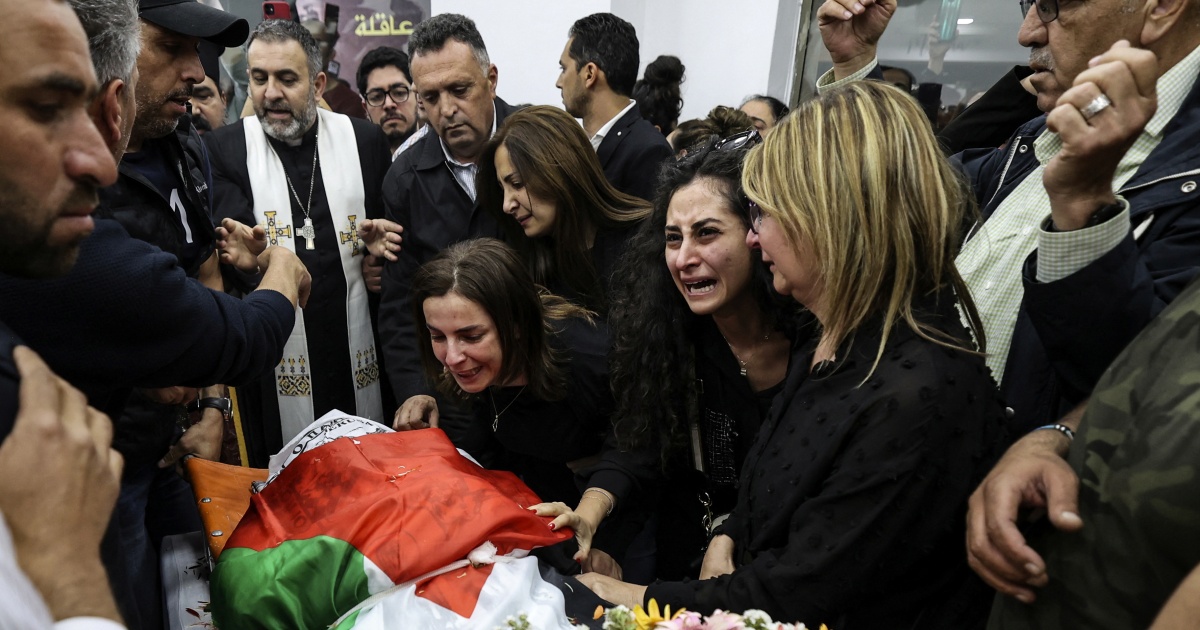 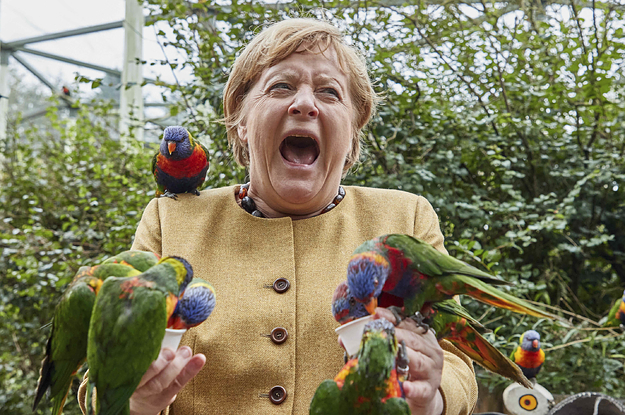 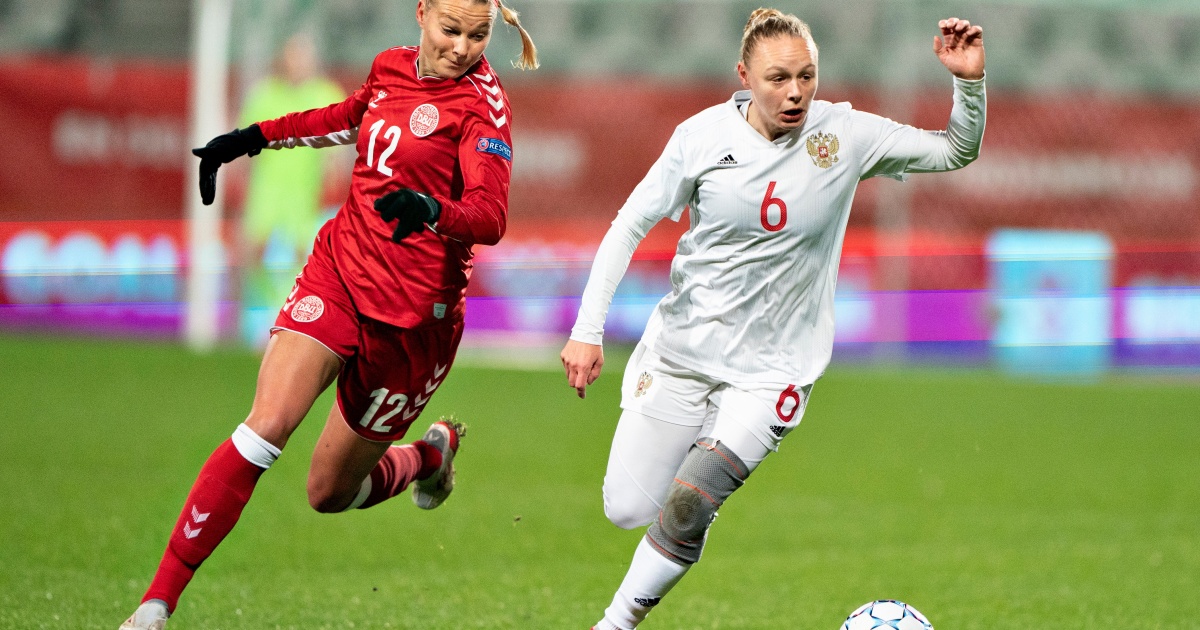